The Significance of the Gomti Magic Eye Chakra

Blessed by Krishna, Lord of the Universe, and the Goddess of Fortune, Lakshmi Devi, Gomti Chakras are considered sacred by Hindus and Buddhists and are used as a natural lucky talisman that can bestow wearers with good health, success and wealth.

The Gomti Chakras is often placed in the foundation of buildings to bless the residents with long life or hung in front of homes for peace and prosperity.  They are especially known to protect children from harm. 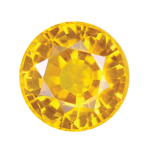 the happy gem for Jupiter.

What is the Gomti Chakra?

The Gomti Chakra is a natural shell-stone operculum

of a rare sea snail of the Turbinidae family found in 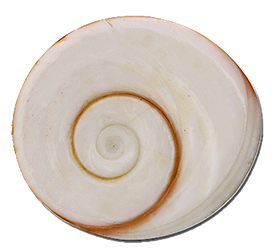 the depth of the Gomti River.  The sacred spiral

pattern is an ancient symbol of life and evolution

dating back eons and has been used in Asia as

well as in ancient Greece.  It underlines that

natural growth follows a spiral pattern such as Save

The Gomti River meets the
sea at Dwarka, Western India 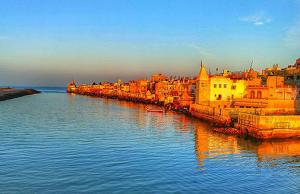 “Gomti” refers to the sacred river in Dwarka, India, where this natural talisman is found, and the Sanskrit word “Chakra” means a wheel or discus, representing the Discus of Lord Krishna.